If you’re familiar with real estate technology standards, you might have heard or used RETS and RESO already.

Since the RETS concent appeared back in 1999, it went through many updates to improve. Nevertheless, it wasn’t enough to keep up with modern technology. The time has come to replace with a better, more flexible, and unified MLS standard: the RESO Web API.

The RESO Web API is replacing RETS as the standard in the real estate industry. And as of June 2018, RESO stopped supporting RETS altogether.

Brokerages and MLSs can no longer get certified for RETS, but only for the better and improved version, the RESO Web API.

With this change, technology providers and hundreds of MLSs must make the switch as well, even if the process happens gradually.

Even if RETS is no longer officially supported by RESO, it is still a technology that thousands of agents use in websites and real estate applications.

Switching to this new standard will take time and effort, but it’s worth it. Over 650 MLS already got certified, and new MLS based tools have emerged to support realtors creating compelling, flexible, and much-needed applications, such as MLS Import Plugin.

If you are not sure yet if you’re ready to switch to the new technology, check below what is the difference between RETS and the RESO Web API.

The Real Estate Transaction Standard was initially created by the National Association of Realtors back in 1999 as a means to centralize and standardize data within the real estate industry.

After being developed, it was quickly adopted by over MLSs in the United States alone, making it a gold standard in the real estate industry.

Although it was trendy among real estate professionals, it did have several drawbacks, such as the lack of customization for the query interface – this is the reason why a lot of real estate listings look identical.

RETS changed the real estate industry by making it easier for brokerages to connect to MLSs but didn’t cut down the development costs for websites.

The basic idea behind RETS is that it allows IDX software to search within a Multiple Listing Service database and import the listings available there.

After importing the listings, regular updates synchronize the listings from the MLS database with those of the real estate website, which is precisely what MLS Import does as well (only that is RESO API based).

This simple yet effective system has been the standard in the real estate industry for many years, but it does have some drawbacks.

For example, importing RETS means creating a custom import solution for your MLS data structure. You cannot use an already built solution, such as MLS Import.

Similarly to RETS, the RESO Web API aims to streamline and facilitate the share of listing data in the real estate industry.

Agents and brokers use the RESO Web API to connect to different MLSs databases, import, and search for properties, and the entire process is based on a common RESO Standard. 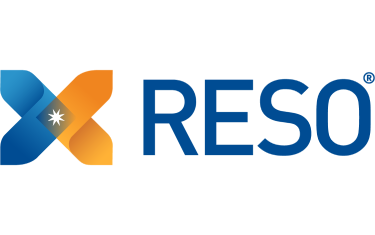 The RESO Web API or RESO Web Application Programming Interface allows to search and import directly from the databases of MLSs, but through API, the operation is faster.

There is no more need to use paid IDX plugins, which limit you to use only the plugin options and design. New applications based on RESO (such as MLS Import) allow you to manage MLS data as if it was content you add directly to your site.

As a result, you can have a unique website, with full control over what property information you wish to display, how to show it, what search fields to use and how to use SEO in your advantage to get the sales you’re looking for. 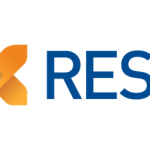